2023: I have a son if you’re Nigeria President – Jonathan backs Bala Mohammed 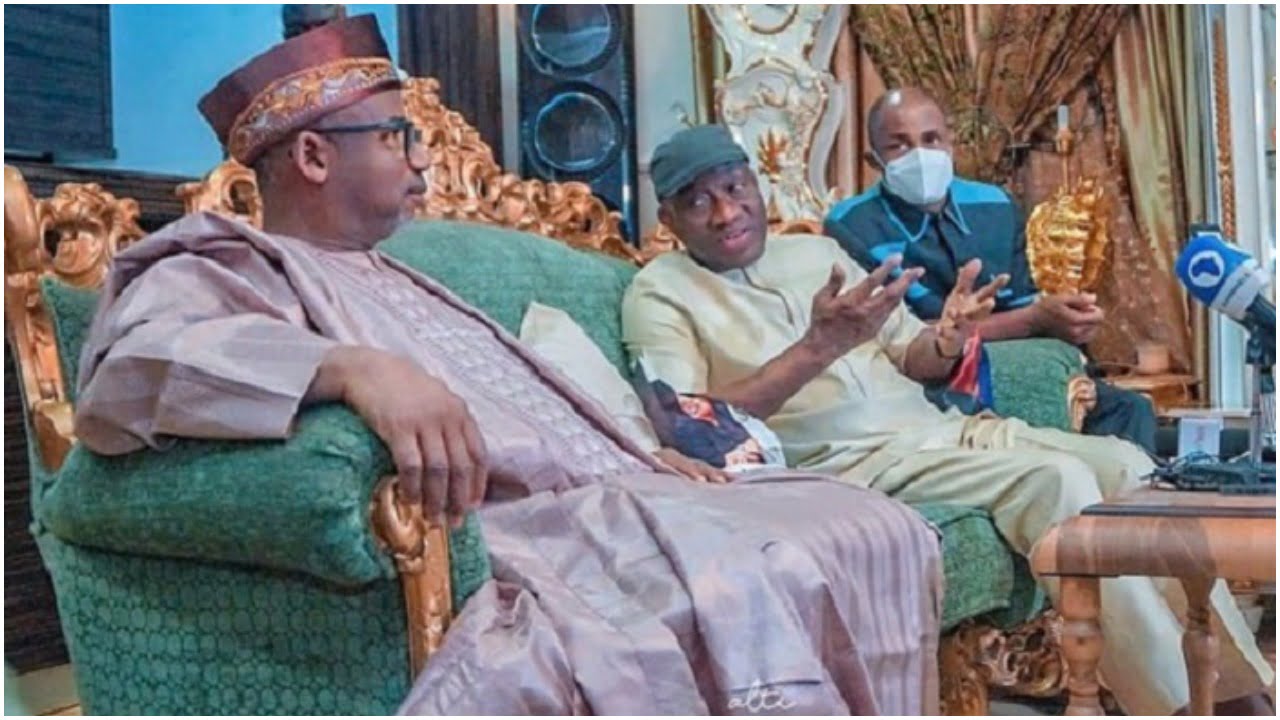 Former President Goodluck Jonathan has backed the presidential ambition of Governor Bala Mohammed of Bauchi State ahead of the 2023 general election.

Jonathan, during a meeting with Mohammed at his residence, expressed confidence that the Governor, who served as FCT Minister under his administration, is competent and focused to lead  Nigeria.

“If you are there (as President), then I have a son, every father wants his son to grow,” he said.

Jonathan mentioned that it’s his duty to support those that worked with him during his tenure as President.

“Those of you who worked with me, it’s my duty to support you. We’re the same family. The best thing will happen to us,” he stated.

According to the former President, Mohammed is a very competent and focused person and “by the divine providence, with the support of Nigerians and God, he will become the President of Nigeria.”