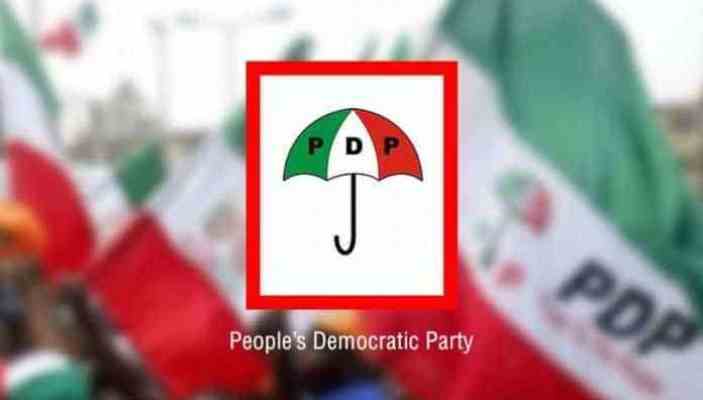 In recent times, the party appears to be plagued by internal wrangling in some state chapters and disaffection of members which had led to increased defection of key leaders of the party into the ruling All Progressives Congress (APC).

In the past few months, scores of PDP members have joined the APC, including notable leaders of the party such as former governor of Ogun State, Gbenga Daniel, former speaker of the House of Representatives, Yakubu Dogara; a former PDP national chairman, Barnabas Gemade; a former senator, Isa Misau of Bauchi State; and a serving senator representing Adamawa North, Ishaku Abbo.

Perhaps, the most remarkable among the defections was that of Governor Dave Umahi of Ebonyi State, amid rumours that several others are on their way out of the party.

Curiously, the defecting members have cited various reasons as responsible for their decision to dump the platform they were elected into office.

Recall that shortly after joining the APC, Governor, Umahi had said he left PDP because of the injustice meted out to South East by the PDP which includes not zoning the party’s 2023 presidential ticket to the zone.

He further said that the ruling party was better disposed to the interest of the five states in the region, alleging that the political party had been unfair to the zone despite having the late Vice President Alex Ekwueme as a foundation member.

“I am not driven by selfish interests, but we need to protest against marginalisation. We have benefited more from the APC government. I didn’t start this protest today. I have no regrets. In life, you have to be courageous,” Umahi had said.

Some of the defecting members have also cited the internal crisis and factionalisation of the party in their state chapters and unfair treatment by the national leadership as responsible for the decision.

Amid the gale of defections and instability in the PDP, observers are concerned about the fate of the party and its chances in the general election in 2023 being the most credible opposition party in the country.

Political watchers are of the view that the national leadership of the party headed by Uche Secondus was not doing enough in repositioning PDP to make it an attractive and viable opposition party capable of challenging the APC in 2023.

Also in recent times, some leaders of the party have voiced their concern over the alleged overbearing influence of the Rivers State Governor, Nyesom Wike in the PDP and accused him of hijacking the party.

Last December, a group within the party, PDP Renaissance, expressed deep concern over what it described as the overbearing influence of Governor Wike.

The National Coordinator of the PDPRG, Mallam Ahmed Shaffa had said that the domineering tendencies of the Rivers State Governor’s action which became pronounced during the party’s primaries and the election of the minority leader of the House of Representatives call for serious concern.

The group warned that the PDP might be heading for self-destruction if its leadership fails to take decisive measures to tame indiscipline in high places within the party.

Interestingly, Wike has also expressed displeasure about the state of the party and the increased defection of members to the ruling party, while putting the blame on the national working committee of the PDP.

But speaking recently on the wave of defection, PDP National Chairman, Uche Secondus, assured that the party remains firm and strong, describing the development as inconsequential.

Chairman of the PDP Board of Trustees, Senator Walid Jibrin, equally said PDP will remain strong in Ebonyi State and other parts of the country and was on course to winning the 2023 election.

It appears the party realised the difficult position it is in, and the task ahead recently when it initiated a process of reconciling aggrieved members apparently to forestall further decampments.

Speaking on his twitter handle, Saraki had said, “As part of our efforts to listen to the concerns of key stakeholders across our great party, this afternoon, the @OfficialPDPNig reconciliation and strategy committee is meeting with our immediate past President, H.E. Goodluck Ebele Jonathan (@GEJonathan).

Just a few days earlier, Jonathan had dismissed reports of him defecting to the APC.

Reports had disclosed that APC was considering Jonathan for its presidential ticket in 2023, but the former president distanced himself from such claims, stressing that he was still a PDP member.

A chieftain and former Lagos State chairman of the PDP, Tunji Shelle dismissed the threat of the defecting leaders, saying that the leaders had no electoral value and were inconsequential to the success of the party, while the party would not miss them.

“Their defection does not bother me and to some of us in the party, I know that nobody wants to lose their members to his rival, but let us ask ourselves how many members of the party followed them to the APC?

“For example, in Ebonyi State, the governor went alone. The lawmakers and others did not go with him. This was somebody who was chairman, deputy governor and other positions under the party he could have made the change he was talking about; the PDP made him.

“Look at Gbenga Daniel, he is liable to his action, after the presidential election he started romancing the APC, probably because of the EFCC case.” He said.

According to him, “APC is using intimidation tactics to get them into their party. Why would someone like Godwin Akpabio join APC? After he joined them, did it change the narrative in his state? Omisore has defected since and Daniel worked for Governor Abiodun in 2019”.

Kola Ologbondiyan, the PDP National Publicity Secretary, said recently that nothing had gone wrong with the party.

He said the affairs of the party remained stable and the NWC would continue to stabilise it, while accusing the ruling APC of luring PDP members to leave the party.

According to him, “The party is stable and we (NWC) have made the party a very viable platform which many Nigerians are attracted to despite the mistakes of the past. So, for us, we had a couple of defections.

“But the game plan of the APC which is to divide the party along the line stands defeated as we speak because those who they have lured out of our party have discovered they went on a wrong way because the party remains intact, indivisible and united and it’s waxing by the day.

“Nothing has gone wrong with the party and I say it with all sense of clarity as far as the party is concerned there is no division. Maybe, one or two persons felt that they may not be able to achieve their ambition or their interest”.

Amid the current agitation for the zoning of the presidency to the South after the expiration of the second term of President Muhammadu Buhari, some analysts are of the views that more prominent leaders may dump the PDP if it does not sort out the lingering question and gentleman agreement over zoning of offices in 2023 and restructuring of the country.

They say that the situation may remain the same or worsen especially if the APC zoned its presidential ticket to the South.

But political commentator, Wale Ogunsolu says the Secondus-led NWC should take part of the blame, stressing that they had not done enough to resolve internal wrangling and crisis in some state chapters of the party which had been lingering for some time now.

“Well, if these members and leaders are leaving the PDP is a minus to them, whatever you say politics is a game of numbers. Personally it thinks the leadership under Secondus should have done more to check and resolve the issues raised by these leaders leaving for APC. Some states chapters are in crisis or whatever they call it. What is the situation in the Southwest?

“But you can’t force someone that has decided to move, because you can’t be sure of what he has seen and what the other people have given or offer him.

“But it is a blow to the PDP whatever they say, and they must move fast to address some of the issues raised by these people or more would join the APC, don’t forget that Nigerian politicians are like that; they are like prostitutes. In some instances, it is what you can give them,” Ogunsolu said.

Analyst Wumi Bewaji says the party needs to be more united and focused to have any chance of defeating the ruling party in 2023, adding that the current wave of defection could be checked.

“If you look at the reasons why Ebonyi State defected, he talked about zoning and all that; has it being resolved? May be, it is early, but defection is not new in politics and at this period towards the general election. This kind of thing happens. Politicians would move to where their interest would be taken care of, but I think it is a wakeup call for the PDP to put its house in order and resolve any issue it could have”.

Ayo Kusamotu, a media practitioner and analyst, said: “It is not unusual in our space and I am sure you will also see movements from APC to PDP in the future too. People are realigning and repositioning themselves. But ultimately, the citizens have to take control of governance and go for the candidates that will serve them well. The dog should wag the tail and not the other way round. You know we have to move forward, let the voting population take control rather than being controlled by the politicians.”

The PDP ruled Nigeria for sixteen years from 1999 until 2015 when the party was dislodged by the APC.

While in power, the PDP maintained a tradition of rotating the presidential power between the North and the South.