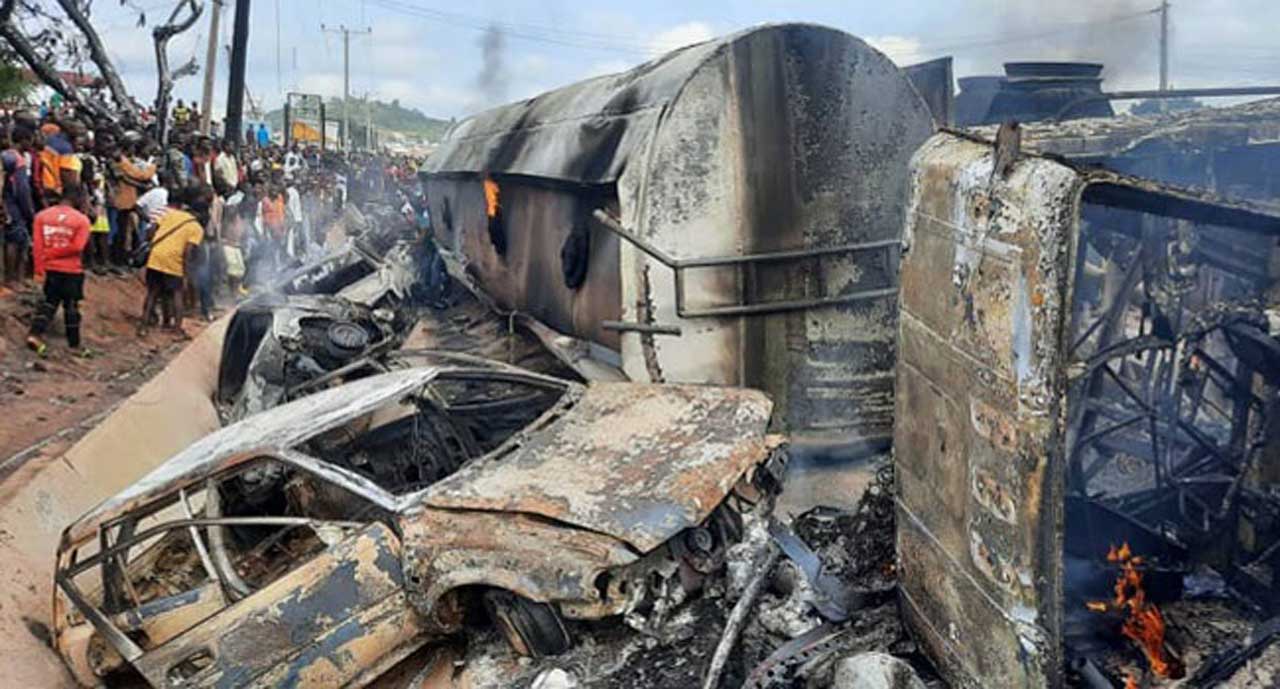 No fewer than 18 Youth Corps members on Tuesday evening escaped death as the bus conveying them exploded on its way from the National Youth Service Corps (NYSC) Orientation Camp at Isse- Uku in Aniocha North Council of Delta State.

The bus, which was heading to Warri after the orientation exercise went up in flames along the way but no life was lost.

The Guardian learnt that some corps members lost their valuables, including luggage and phones. The items were burnt down beyond recognition.