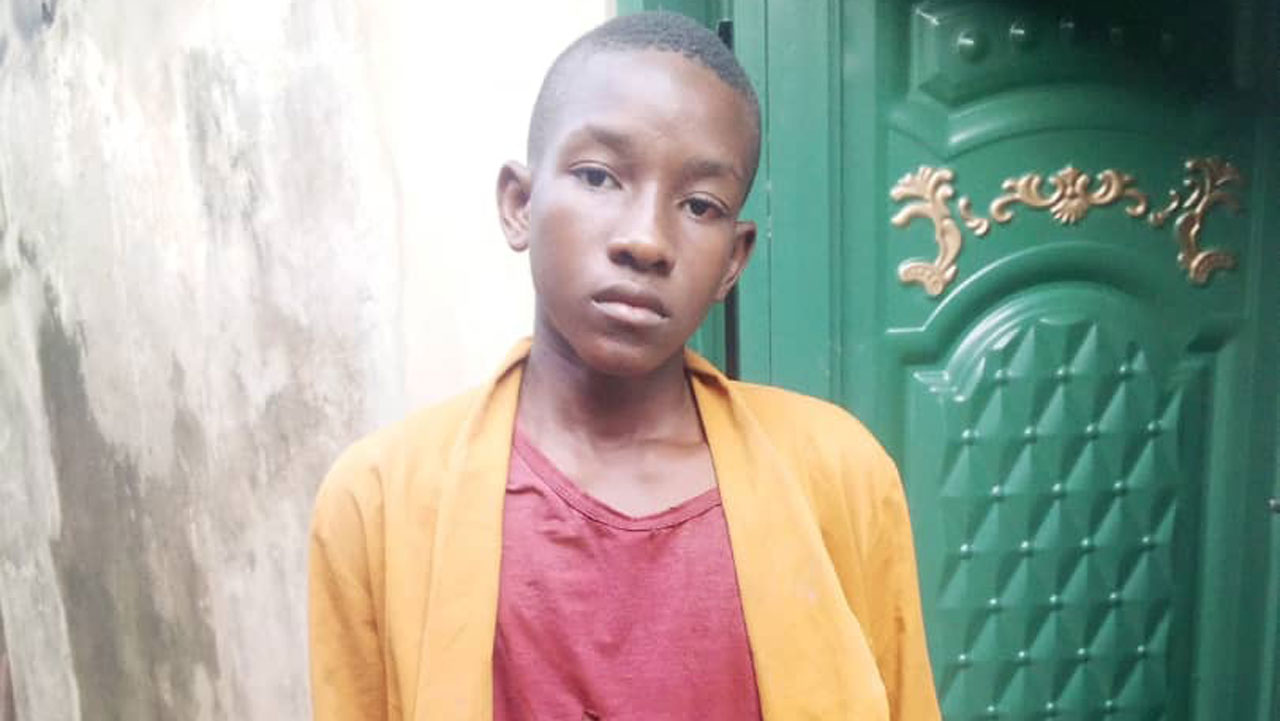 Lawmaker petitions NAPTIP
The sight of sores on the body of the 15- year old boy, Chidalu Ugwueke, who was allegedly battered by his master, a retired air force officer, elicited pity.

The Guardian learnt that Chidalu, an orphan, was taken to Abuja to serve as a househelp to one Air Commodore Bernard Ugwueke (rtd) and his wife Mrs. Mary Ugwueke.

However,  it was alleged that he  was constantly receiving dehumanising treatment from his master, wife and children.

It was also alleged that Mrs. Ugwueke with support of her husband and kids detained Chidalu for four days without food, beat him up with different objects,  and used hot iron on him, leaving grievous wounds on his body.

According to Chief Okwu Chinedu, member, representing Aninri constituency in the Enugu State House of Assembly, Chidalu was allegedly forced to work from 6:00a.m. to 6:00p.m. in a farm owned by the suspects and was rescued by a driver, who saw his condition and decided to bring him back to Enugu.

The lawmaker in a petition to National Agency for Prohibition of Trafficking in Persons (NAPTIP), alleged that Chidalu was  detained by Mrs. Ugwueke,  supported by her husband and kids for four days without food.
In the petition titled : “grievous bodily harm and attempted murder of a 15-year-old boy, Chidalu Ugwueke,”

The lawmaker through his counsel, alleged that Mrs. Ugwueke with support of her husband and her kids detained Chidalu for four days without food, beat him with different objects, used hot iron on him leaving grievous wounds on his body.

The petition reads in part: “We are Solicitors for master Chidalu Ugwueke through his Local Government representative at Enugu State House of Assembly,  Hon/Chief Okwu Chinedu (Otaka) House Committee Chairman on Youths and Sports, a responsible and law-abiding citizen of the Federal Republic of Nigeria on whose instruction we present this petition over and in respect of the actions of the above mentioned persons, and who for convenience we will in the course of this petition refer to as our client.

“We will for the same reason refer to the persons against whom this petition is brought as the suspects.

“It is the instruction of our client that on Saturday the 17th day of July 2021, he got a distress call from one of his constituents, that one master Chidalu Ugwueke, a 15-year-old orphan and indigene of Emudo Nenwe, who was taken to Abuja some time last year by Mrs. Mary Ugwueke and her Husband Air Commodore Bernard Ugwueke (Rtd) under the pretense that they wanted to help the young orphan, was rescued by Enugu State Police Command through the Nenwe/Oduma Police Division upon his miraculous return from Abuja, through a good Samaritan driver, who saw the degree of injury inflicted on the boy as he was roaming about in Abuja and assisted him down to Enugu.

“Our client in spite of his busy schedule took out time and visited the young Chidalu Ugwueke, who narrated how the suspects turned him into the most dehumanising modern slave, by forcing him to serve mason as a labourer and work in the poultry farm simultaneously, forced him to do so many jobs above his age from 6:00a.m. to 6:00p.m. daily, starved of food on so many days for little or no mistakes, even when other domestic staff workers like Mosa (the cook) and John (the gateman), out of pity and compassion, offered to help him, the suspects would deal and threatened the duo, thereby subjecting him to unbearable pains.

“The little Chidalu further narrated that he was unlawfully detained inside one room for four days without food, at some points jointly beaten by the madam and his children with the knowledge and approval of the husband, beaten with different objects, including using hot iron to design his body, with obvious high degrees of injuries all over his body as evidenced through pictures taken after few days of his recent torture, the said pictures will be attached to form part of this petition for your perusal and consideration.

“Our client have been petrified and emotionally downcast after being confronted with the story of this little young orphan and the disturbing injuries inflicted all over his body including his eyes, hence this passionate appeal that you use your good offices to arrest and investigate the suspects to serve as a deterrent to others of their ilk even though our client had it on a good authority that the suspects were already boasting that nobody can arrest a retired military officer or his wife”.

When contacted, Air Commodore Ugwueke (rtd), said he would “require clearance from Military authority to speak on the matter.”